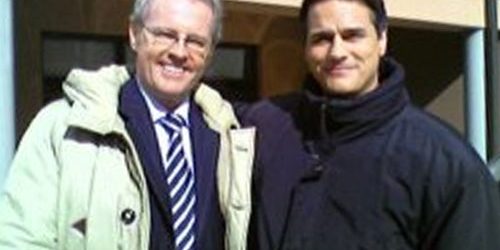 I was recently cast as a reporter in a 2-part mini- series, ‘H20 II: The Trojan Horse‘. The production was written, produced by and stars, Canadian actor Paul Gross. Our American friends would know him for portraying a Canadian Mountie on the hit CBS show ‘Due South’. He’s a great guy to work and still one of the busiest actors due north. 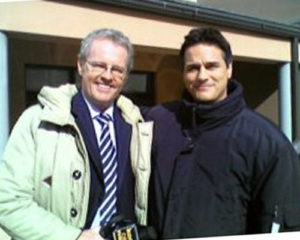 In the forthcoming political thriller, Gross plays Tom McLaughlin, Canada’s last prime minister, watching from the sidelines as Canadians vote to unite with the United States. Ten provinces are merged into five new U.S. states as McLaughlin plots his revenge on his enemies, one of whom is the Bush-like U.S. president played by Tom Skerritt.
_____________________________

I had the pleasure of hosting The Home Depot’s Vendor Conference 2007 at the Metro Toronto Convention Centre on Monday evening. The theme was ‘007’ in association with the recent release of ‘Casino Royale‘. A large room was transformed into a swanky casino with Bond images on the big screens, Bond music, martinis, poker, the works! Eight hundred guests attended with all proceeds to The Rick Hansen Foundation. 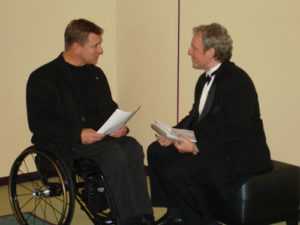 Pictured here “bonding” with the ‘Man in Motion‘ himself, Rick Hansen, before going on stage together to kick off the evening. What an absolute honour to share the stage with such a Canadian icon and true hero.

“NASCAR” ya got there!

Pictured here, drivers line up to begin racing around the track following a caution flag during the ‘Ford 400’.

Technically, they’re all just driving on the shoulder.

“Rory’s approach to diction coaching is unique, in that he understands the needs of the performer, and that learning an accent is not purely a technical achievement. His dedication, energy, commitment and patience were faultless, joining me on set on my first day and discreetly reminding me, if needed, when and how my accent slipped. Rory’s coaching and sensitivity was invaluable.” 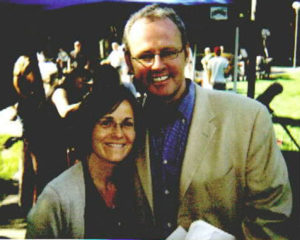