‘Keep Your Head Up Kid: The Sequel’ (The Don Cherry Story) 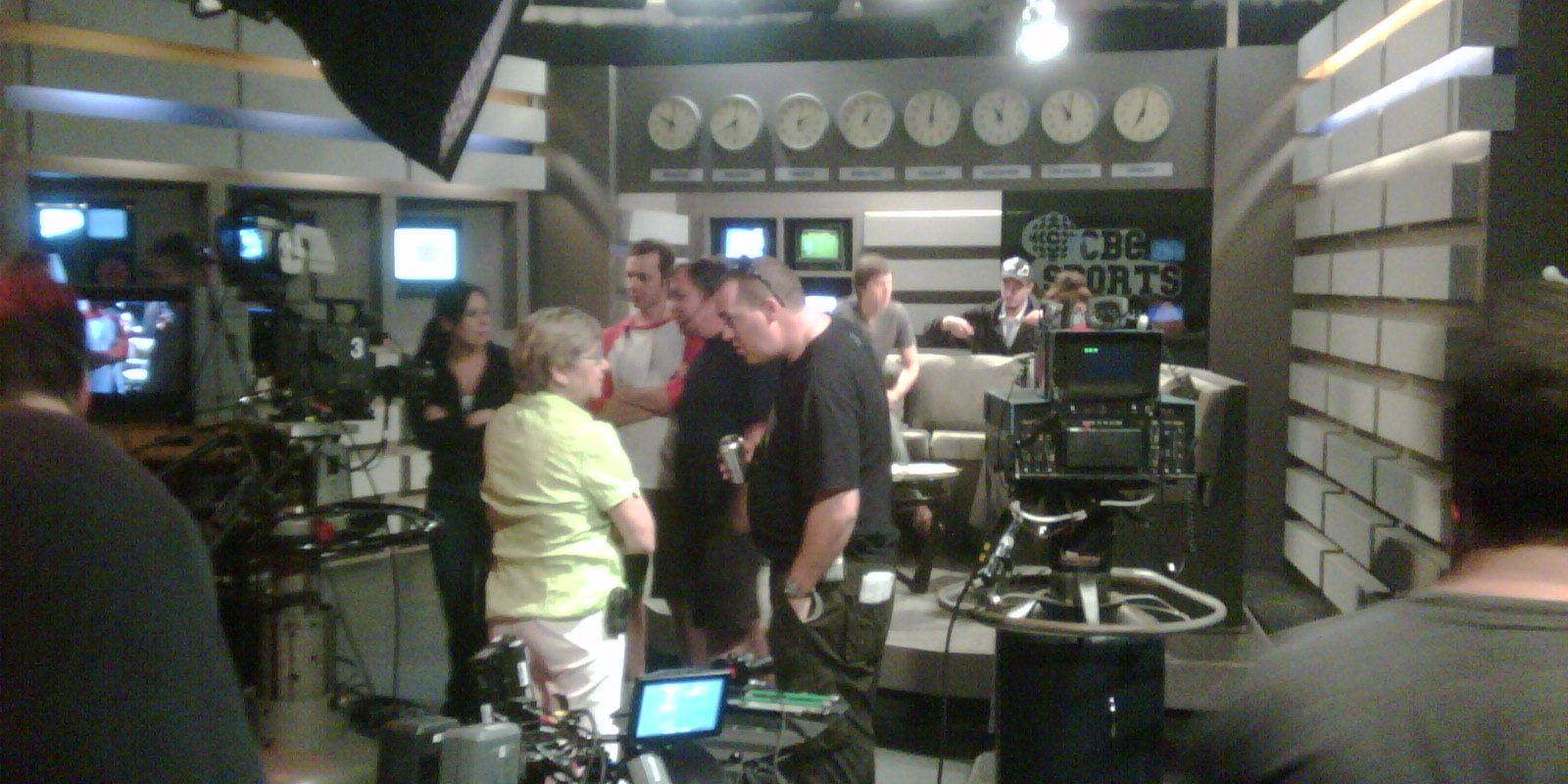 This past spring I auditioned for a part in the sequel to the hugely succesful 2010 television hit, ‘Keep Your Head Up Kid – The Don Cherry Story’.

I admit that I was apprehensive when my agent notified me about the audition for the role as legendary Canadian sports broacaster Brian Williams. To play a fictitious character is one thing – to portray and pull off the part of a well known and still-breathing, actual person – quite another.

I was even more amazed when my agent called a few days later to say that I booked the part.

The first thing I did was contact the real Brian Williams to say that I was honoured to be portraying him in the production. He couldn’t have been more gracious and accommodating saying that he would help me in any way so that I could nail the role.

I had two scenes. The first was set in the CBC Sports studio during the World Junior Hockey finals of 1987 when there was a bench-clearing brawl in the former Czechoslovakia between Team Canadaand the Soviets. The incident made national headlines as much for certain media figures’ reactions and comments as for the melee itself.

Many say that that tumultuous event defined Don Cherry’s position in hockey and broadcasting in Canada as much as any milestone prior to or following the controversy. While Don defended the Canadian players and their coach for how things unfolded, sportscaster Brian Williams and many others either played devil’s advocate or simply disagreed with him entirely.

My first scene in the movie includes actual footage of that fateful day 25 years ago and the reaction and subsequent commentary between Don and Brian.

As luck would have it the shoot date landed right in the middle of my family’s planned vacation in July in New York State. (Click here for pictures of the vacation including Winnipeg side trip)

Although I was only to be on set for one day I would need to arrive in Manitoba a day early to be fitted for a ($5000.00) hair piece to better represent the actual Mr. Williams from a quarter-century ago.

Altogether, travelling from New York to Winnipeg via Toronto I would be away for four days. Although I would miss my wife and children it was also an opportunity to visit a city I had only driven through once in the 80s en route to the Rockies.

I thoroughly enjoyed the city – the people, architecture and the fact that the Fringe Festival happened to be on at the very time I arrived. With a day off between my hair fitting and shoot day I took in as much as I could.

(Some of the fantastic architecture around Portage & Main – downtown Winnipeg)

The role of Don was reprised by the extremely talented Jared Keeso who picked up a GeminiAward as Best Actor for his portrayal of ‘Grapes’ in the first installment of Cherry’s life story. Working alongside Jared was enjoyable and seamless – even with a challenging 4-page scene done in one continuous shot.

This was the era of CBC sportscasters wearing the hideous salmon-coloured sport jackets. They were so garish that Don refused to don one. The irony, considering his eclectic wardrobe of later years.

The two scenes I appeared in went well. The director, producer and crew were phenomenal. The fondest memory I took away from the entire experience was meeting Don Cherry himself.

Now I’ll admit I’m more of a playoff junkie rather than a hardcore pre-post season hockey fan. But you’d have to be living in another country to not realize how prominent a figure Don Cherry is in hockey & even the pop culture landscape of Canada.

His Coach’s Corner on-air presence has been a staple of CBC’s ‘Hockey Night in Canada’ for the past twenty-five years. His remarks are often as colourful as his jackets. He is bombastic, opinionated, passionate and doesn’t pull any punches.

When I met him in person following my scenes I was completely and utterly surprised. He was genuinely lovely, soft spoken, kind and had all the time in the world to chat with me. As the crew dismantled the set around us I said it was an honour to be part of the production and thanked him for bringing me on board.

I walked away and glanced back over my shoulder to see him watching me with this longing look as if we would never see each other again. I know – crazy, but I was completely moved. It was one of those occasions where you meet a person and they totally surprise you.

I headed back to make-up & wardrobe, got a ride to my hotel and flew back to New York the following day to resume my family vacation.

From being unsure about auditioning in the first place – to pulling off the performance – then meeting the man himself & being pleasantly surprised – I’d give the experience two thumbs up!

‘Keep Your Head Up Kid: The Sequel’ (The Don Cherry Story)
– is tentatively set for broadcast on the CBC in March, 2012